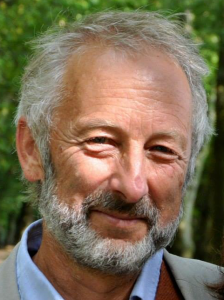 Mike is an independent Funeral Celebrant and Dying Doula supporting people dying and the families. He is also a member of the Home Funeral Network supporting families to care for their own dead and make informed choices about all aspects of Funerals including Home Funerals. He runs workshops on dying and Dying To Talk sessions creating a safe space to talk about death and dying.

Mike explores how our society became so death phobic in his blog.

Mike is also a ‘Work That Reconnects’ facilitator and much involved in the Transition movement since its early days. He helped establish a Transition Initiative in Forest Row and is Editor of the monthly Transition Network newsletter. A keen cyclist in late 2016 he plans to cycle part of the Iron Curtain trail from the Baltic to the Mediterranean on a journey for World Peace.