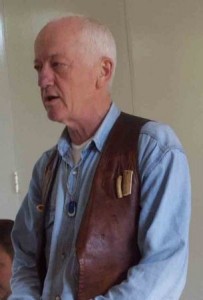 Chris is  best-known for his theory that human language, religion and culture emerged in our species not simply by gradual Darwinian evolution but in a process culminating in revolutionary social change. The details of his scientific hypothesis remain controversial, but the underlying idea that symbolic culture emerged during a ‘major transition’ or ‘revolution’ (often termed the human revolution) has been current for many years and is now widely agreed.

Chris has written and edited a number of books, has been a political activist for years and as well as doing science also does political theatre. There is a wealth of information on his website.